Skip to main content
OA policies adopted in Kenya - but is this enough?
EIFL Open Access Programme Manager Iryna Kuchma reflects on adoption of open access policies and use of OA institutional repositories in Kenya

Home > Blogs > OA policies adopted in Kenya - but is this enough?
NEXT POST 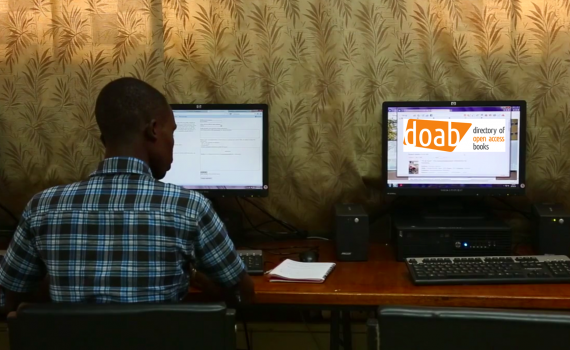 EIFL Open Access Programme Manager Iryna Kuchma reflects on the state of open access in Kenya, and points to new research that finds more work is needed to encourage use of OA institutional repositories.

The event is held annually to champion and showcase innovation that will further Kenya’s economic growth.  It produced some vibrant discussion - #NIW2016 on social media channels - and I was happy to see Professor Peter M. F. Mbithi, Vice-Chancellor of the University of Nairobi, tweeting about the importance of open data - which he called a new natural resource - to innovation: 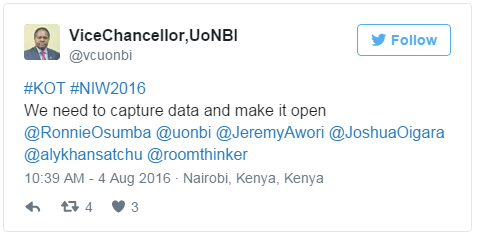 KENYA - A LEADER IN ADOPTING OA POLICIES. BUT IS THIS ENOUGH?

In Kenya, university leadership make the most of the financial savings of OA, which reduces the costs of accessing information and research results, as well as the social and educational benefits of making research output openly and freely available. OA repositories have increased the use, visibility and impact of research conducted at institutions in Kenya, boosted their online presence and raised their profile, attracted new contacts and research partnerships and ended the professional isolation of many researchers.

But can we say that research in Kenya is more efficient and more effective now, delivering better and faster outcomes for us all? We cannot answer this question yet - but it is an important one, especially for OA advocates.

Another question - have OA policies been successful in reaching the majority of academic researchers? New research by Dr Wanyenda Chilimo of the Technical University of Mombasa suggests there is still a lot to be done.

RESEARCH INTO OA AWARENESS AT SIX UNIVERSITIES IN KENYA

Dr Wanyenda found that researchers from all six universities strongly agree that:

However, only 53% of academics and researchers surveyed in Dr Chilimo’s research were aware that their universities had OA institutional repositories, and just 25% had deposited research in these repositories. The two main reasons given for not doing so were lack of awareness and lack of skills (their journal articles are in hard copy and the researchers expect librarians to digitize and deposit them on their behalf). Moreover, 68% of respondents in the research said they were not aware of OA policies at their institutions.

Respondents (24.6%) who said they did practice self-archiving gave various reasons for doing so:

Overall, the majority of researchers (61.8 %) said they supported mandatory self-archiving policies that would -

Dr Chilimo found that strategies adopted by universities to raise awareness about self-archiving and OA policies had not been successful in reaching the majority of academic researchers.

Innovative ways of raising awareness are clearly needed, in addition to more efficient OA policies that are linked with promotion and evaluation of researchers. 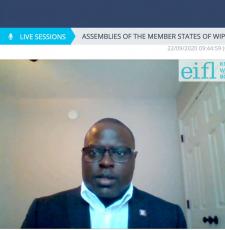 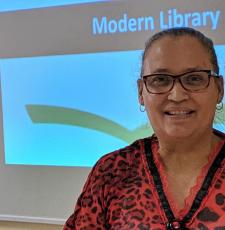 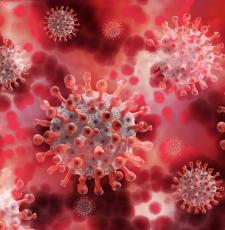 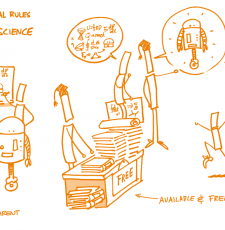