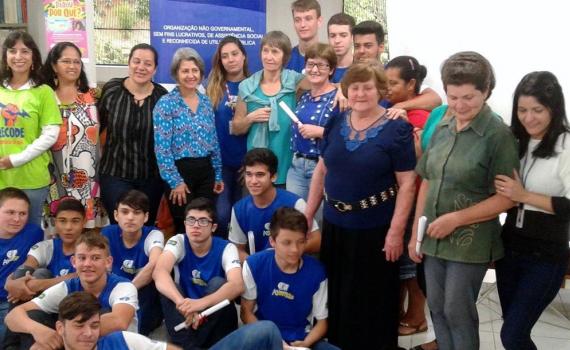 Learning digital skills in the library - the first group of women learners with their young teachers.

“We could see their happiness clearly, and each had a new brightness shining in their eyes,” said psychologist Solange Lucena speaking about a group of women suffering from depression who had just completed a digital skills course offered by ‘Argentina Lopes Tristão’ Public Library.

The library is located in the municipality of Domingos Martins in the hilly state of  Espírito Santo in southeastern Brazil. According to the Brazilian Institute of Applied Economic Research (IPEA), Espírito Santo has the highest rate of domestic violence against women in the country. As a result, many women in the state and in the municipality of Domingos Martins are vulnerable, marginalized and depressed.

Since 2015, ‘Argentina Lopes Tristão’ library had been offering an extremely successful and popular computer training course for young people. This gave librarians the idea for a new project with two goals: using digital training to empower women struggling with depression, and to build young people’s leadership and social skills.

‘THE COURSE HAS CHANGED MY LIFE!’

With the needs of a particular group of women – municipal mental health patients - in mind, and working with the municipal Secretary of Health, the librarians revised their digital skills course and invited women to attend training. They then approached a youth entrepreneurship agency, the Centre for Integration between School and Business, who helped them select and train 20 young people to become digital skills trainers, and to work with the women.

When the teachers were ready, the first group of women began attending training. The course lasted 90 hours, covering Microsoft applications (Word, Excel and PowerPoint) and how to use the internet.

“The basic computer course in the library has changed my life. I used to live without perspectives, in a vulnerable situation, and I never imagined that I could learn so many good things. Now I know I can. It is as if a new world arises. I have gone back to school and I will not stop studying. I want to go to college.” - library trainee, Lucineia Helena Tavares, aged 40, 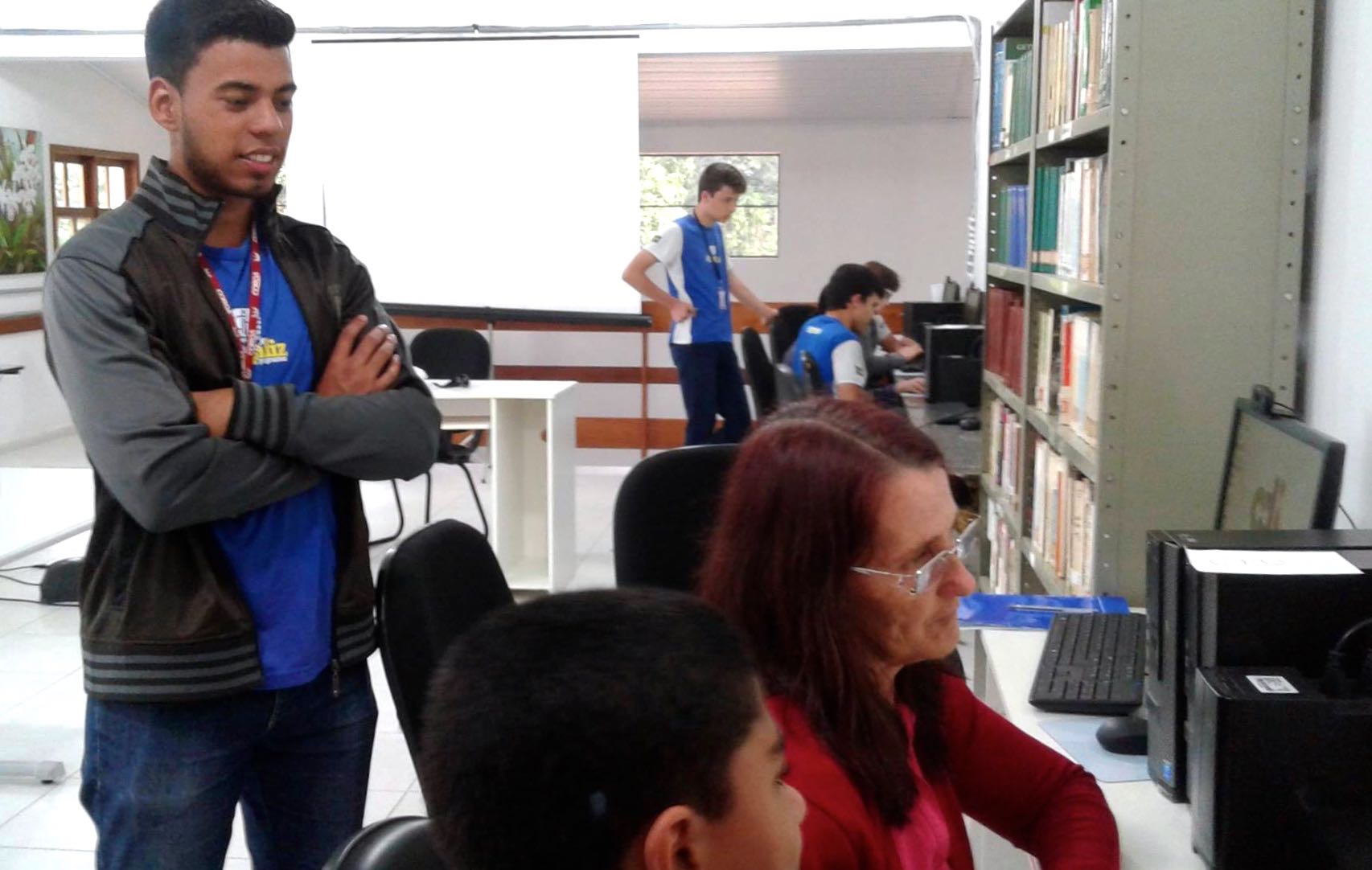 According to the Secretary of Health, the project has led to a significant health improvements among the women.

“The partnership between the mental health sector and the library provided an opportunity for the women to learn something that they did not believe they were capable of learning. For some, it was difficult to face up to the challenge, but when they were able to open up to the possibility of something new, they realized how capable they were,” said Solange Lucena.

“During the course, we were able to perceive that they were happier and more confident and they emphasized the patience and skills of their teachers and the welcome they received from all members of the library team. At the end of the course they were more motivated to continue with their studies,” she added.

The library was delighted with their young teachers: “It was beautiful to see how caring the young teachers were. This has been one of the most moving activities I have ever witnessed in my workplace,” said librarian Ana Maria da Silva.

“I was very happy to participate in this project, it felt really good to be able to contribute to something so important,”  said Hallyson Bonela, aged 16, one of the trainers.

IMPROVING AND EXPANDING THE PROJECT

The library is expanding the project to include more municipal mental health patients and other marginalized and disempowered women in the community. Training for a second group - this time, of 60 women - is scheduled to start in March 2018. The library is also training 36 more young people to become digital skills teachers.

The project has raised awareness about the potential of digital training to help with depression. It has also won respect in the community, and other health professionals are now approaching the library to explore the possibility of partnership.