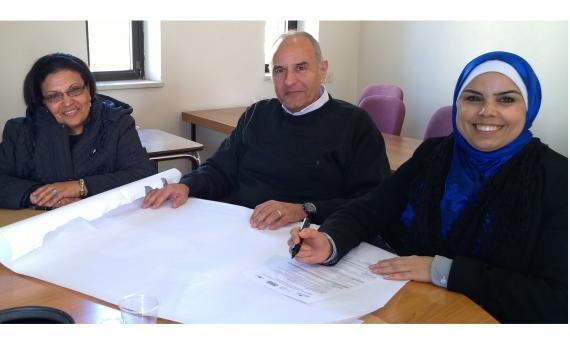 Delegates discuss open access at an EIFL workshop in Palestine in December 2015.

Open access (OA) has special significance in Palestine, a divided country with restrictions on movement between its two parts, the West Bank and Gaza. The restrictions make it difficult for scholars to meet to share knowledge, and OA can help to overcome this challenge.

In October 2015, EIFL, Palestine Polytechnic University and the Palestinian Library and Information Consortium (PALICO - EIFL’s parner library consortium), jointly implemented a project, ‘Open Access in Palestine’. The project included a series of workshops and events to raise awareness about OA and provide an opportunity for libraries and the research community to share knowledge and information about the benefits of OA.

In addition to opening our research to the world, our repository, named ‘FADA’ which means ‘Space’ in English, will facilitate learning for our local academics, researchers and students, who face problems meeting each other resulting from restrictions on movement.
Mrs Diana Sayej Naser, Director of Birzeit University Main Library
Open Access Programme
Palestine