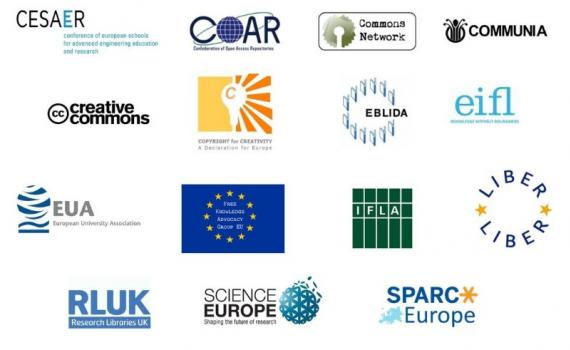 EIFL has joined an international coalition that is attempting to stop the European Union (EU) from adopting potentially harmful copyright reforms that threaten Open Access and Open Science.

The potentially harmful provisions are included in the current draft of the Directive on Copyright in the Digital Single Market, and certain amendments, which are being examined by the European Parliament in the coming weeks.

The letter calls for the removal of proposals that would restrict access to research and place administrative and legal burdens on institutional repositories. It requests improvements on proposals related to text and data mining, copyright in educational settings, and preservation and access to works for non-commercial endeavors.

The letter is open for signing till 1 October. As new signatories sign on to the open letter, their names will be added to the original list of signers.

Click here to download a PDF of the open letter, and click here to sign the letter. Share it with your networks and other organisations. An updated version of the letter, including newly-added signatures, will again be delivered to the Legal Affairs Committee in October.

Along with relevant colleagues from your country, request a meeting with MEPs from your country, especially those from the Legal Affairs Committee, to express your opposition to the proposed copyright revisions. The meeting should take place between 18-22 September, when MEPs will be in their home constituencies. (Find the list of MEPs in the Legal Affairs Committee here.)

Reach out to members of the Legal Affairs Committee via Twitter to share your concerns and the open letter. You can find their Twitter handles on their profile pages.

If you are a library consortium, funder or research association, we also urge you to share the Open Letter with your Ministers of Education, Research and/or Science; and tell them of your opposition to this proposed reform.