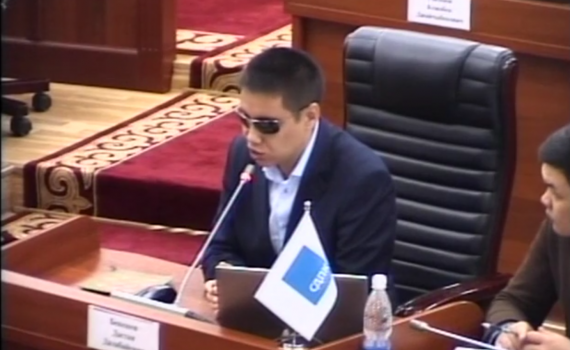 'Copyright in the Digital Age: Access to Information and Knowledge' was a one-day international conference that took place in Bishkek, Kyrgyzstan on 2nd February 2016.

The conference was a kick-off event for the project ‘Right to Read – Right to Knowledge’, that aims to promote ideas of open education and free access to knowledge, as well as reforms in copyright law to ensure equal opportunities for all citizens, including persons with disabilities in the digital era.

The conference had three themes: the Marrakesh Treaty for persons with print disabilities, the doctrine of fair use, and improving Kyrgyz copyright law for the digital age.

Over 50 people participated including parliamentarians, representatives from Kyrgyzpatent, the State Service of Intellectual Property and Innovation under the Government of the Kyrgyz Republic, lawyers, university rectors, and NGOs.

Mr Dastan Bekeshev, who lost his sight at six years of age, is a lawyer and a member of parliament (MP), known as the Jogorku Kenesh. During the conference he spoke powerfully about the necessity of books and other reading material for education. “But I would like to be able to get books independently so I do not have to pester others for help. And I would like to download the materials in the format I need without fear of violating someone’s copyright,” said Mr Bekeshev.

Ms Natalia Nikitenko MP, is a member of the Parliamentary Committee on Social Welfare, Education, Science, Culture and Sport. The committee is currently considering ratification by the Kyrgyz Republic of the Convention on the Rights of Persons with Disabilities (CRPD).

The Marrakesh Treaty, the second international treaty specially dealing with rights of people with disabilities, would implement provisions of the CRPD by removing the copyright barriers to accessible information and culture. “This conference is the beginning of a discussion on Marrakesh in support of equal rights and opportunities in the Kyrgyz Republic,” said Ms Nikitenko.

Sania Battalova, Project Director, set out the background to the Marrakesh Treaty, and described how blind, deaf and visually impaired people in Kyrgyzstan, said to number over 18,000 people, could benefit from the treaty.

In her presentation [link to English, link to Russian], Teresa Hackett, EIFL Copyright and Libraries Programme Manager, hoped that the Kyrgyz Republic might become not only the first country in the region to ratify, but that Kyrgyzstan might help to bring the treaty into force. (The treaty enters into force when it is ratified by 20 countries. So far, 14 countries have ratified).

The second topic on the agenda was the doctrine of fair use, a flexible limitation to the exclusive rights granted to copyright holders.

Jonathan Band, Counsel for the US Library Copyright Alliance, discussed fair use and fair dealing [link to presentation in English, in Russian]: what they are, their popularity, and their utility in common law and civil law systems.

Since the internet is “one huge copying machine” and new technologies are evolving faster than a legislature can hope to legislate, there is a growing interest worldwide in a flexible, open norm approach that future-proofs the law for technological change.

Fair use is predictable and useful for people, commerce and libraries throughout the world. “There is no reason why the Kyrgyz Republic could not become a technology hub in Central Asia,” Mr Band concluded.

Ms Nurzhamal Ilyasova, head of the law department, State Service of Intellectual Property and Innovation (patent.kg/), outlined the development of copyright law from accession of the Kyrgyz Republic to the WTO in 1998 to the most recent amendments in 2014.

Participants were informed about a new state programme in 2016-2017 to improve the copyright system that always tries to balance the interests of owners with people who need access to protected works.

Finally, Ms Aisuluu Chubarova, Arte Law Firm, presented proposals to amend the copyright law to implement the Marrakesh Treaty, to enable import and export of accessible format materials, to support education and access to information, and to allow translation.

In its concluding session, the conference adopted a resolution supporting ratification of the Marrakesh Treaty and proposals to amend the copyright law in support of access to information and knowledge.

In an early sign of success, Mr Dastan Bekeshev MP urged the government to speed up ratification of the Marrakesh Treaty during a session of the Jogorku Kenesh on 4th February 2016. Watch and read the intervention here (in Kyrgyz).

During the visit to Bishkek, Teresa Hackett and Jonathan Band were interviewed for a popular cultural show on Kyrgyz Public TV (Channel One) hosted by Jamby Dzhusubalieva. The programme is expected to air soon.

EIFL congratulates the project team for a successful launch and looks forward to continued progress towards the right to knowledge for all in Kyrgyzstan.

The conference was a kick-off event for 'Right to Read - right to knowledge', a project with partners including the Kyrgyzstan Library Information Consortium (KLIC), public libraries, the Kyrgyz Blind Union and Arte Law Firm. The project is supported by the Soros Foundation – Kyrgyzstan. 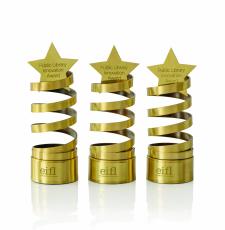 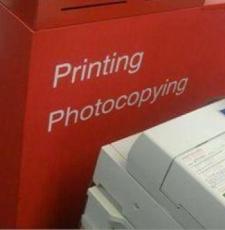 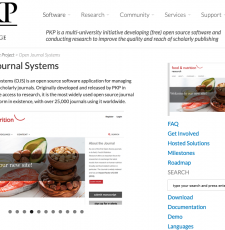 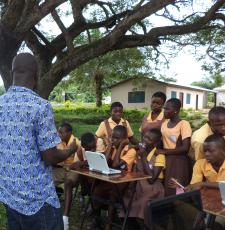