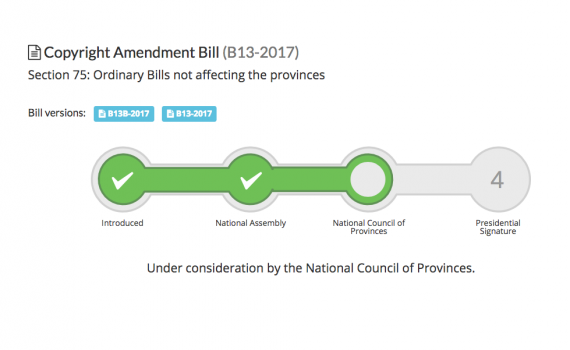 In a written submission to the National Council of Provinces (NCOP), one of the two Houses of Parliament in South Africa, EIFL urged the NCOP to support timely adoption of the Copyright Amendment Bill [B13B - 2017] in the interests of libraries and the people who use libraries for education, research, culture and community development.

EIFL commended legislators for taking in charge the task of amending the Copyright Act, 1978, originally adopted over 40 years ago.

EIFL’s comments focused on four key sections in the Bill: exceptions to facilitate a range of modern library activities and services, such as digital preservation (a key institutional responsibility), and use of audio-visual material for educational purposes (to support online learning) (Section 19C); exceptions for persons with disabilities (Section 19D); the utility of a flexible fair use-style exception keeping the law relevant for longer (Section 12A); and unenforceable contract terms to help ensure public access to knowledge for licensed content (Section 39B).

Copyright law developments in South Africa are an important exemplar for libraries in other countries, in particular developing and transition economy countries in which EIFL works. EIFL values the leadership role of South Africa at the multilateral level at the World Intellectual Property Organization (WIPO), and appreciates proposals by the African Group on limitations and exceptions for libraries and archives.

EIFL hopes that NCOP will soon approve the Bill to adopt the new copyright law for the benefit of future generations in South Africa, joining other countries around the world that are also modernizing their laws.

On 8 March 2019, the South African Department of Trade and Industry responded to written submissions received from stakeholders on Copyright Amendment Bill. Read Update 8.3.2019 Response by the Department of Trade and Industry to written submissions by stakeholders on the Copyright Amendment Bill, as requested by the National Council of Provinces (NCOP) Select Committee on Trade and International Relation.

Read EIFL's written comments (2019) to the National Council of Provinces (NCOP) on the Copyright Amendment Bill, 2017.

In 2015, EIFL responded to a public consultation by the Department of Trade and Industry (DTI) on the Copyright Amendment Bill, 2015. 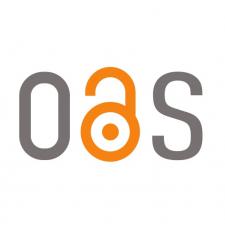