Skip to main content
Students for open access in Poland
Centrum Cyfrowe shares the results of an EIFL-funded project "Students for OA in Poland" during international Open Access (OA) Week. The project consisted of a series of workshops and a promotional campaign focused on the student community in Poland. 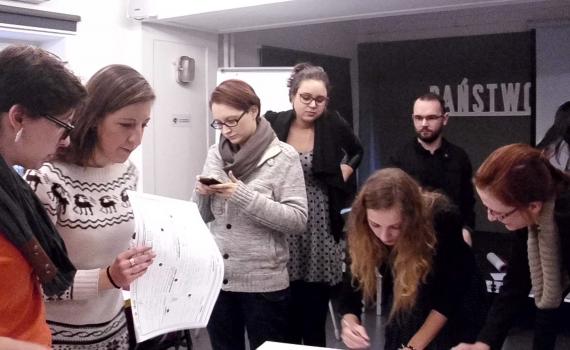 Students at an open access workshop in Poland. The goal of the project was to build an internal capacity of student organizations and connect them with OA advocates in Poland.
Posted: October 17, 2014

This week is international Open Access (OA) Week and its theme – “Generation Open” – highlights the importance of students and early career researchers as advocates for change in the short-term, through institutional and governmental policy, and as the future of the Academy upon whom the ultimate success of the OA movement depends.

Centrum Cyfrowe shares the results of an EIFL-funded project "Students for OA in Poland" implemented in 2013-2014. This project consisted of a series of workshops and a promotional campaign focused on the student community – representatives of students councils, journalists from student media, student organizations working in the field of law and young researchers (PhD candidates). The goal was to build an internal capacity of student organizations and connect them with OA advocates in Poland.

Watch animation: Open Access. Why Open Science? in English and in Polish (developed within the project).

“At our faculty researchers publish a number of publications. But we do not have access to them. Sometimes it is even hard to find out that they actually exist. The same thing happens with the scientific works written by students. Open access is not only about increasing citation, which refers to professors and researchers. Through our actions we show a variety of practical benefits of open access, both for students and researchers. Because open access is our common cause.” – Ewa Majdecka, student, Opener Initiative, Institute of Applied Social Sciences at Warsaw University

“In Poland, students get access to the results of research mainly through unauthorized reproduction: scanning and copying. Still only small part of educational materials is available online. Bottom-up initiatives based on the open access idea such as the Open Science Library replace this model by providing access, but with the consent and on rules defined by the authors. Our experience shows that scientists are willing to share their knowledge, you only need to create favorable conditions in order to make it more visible.” – Klaudia Grabowska, project coordinator, Open Science Library

"Implementation of open access in Poland is necessary not only to adapt Polish learning system to European standards. It is primarily an opportunity to increase innovation flowing from the free exchange of knowledge. And the possibility of reducing the cost of studying and research.” – Alek Tarkowski, Centrum Cyfrowe Projekt: Polska Foundation, Creative Commons Poland 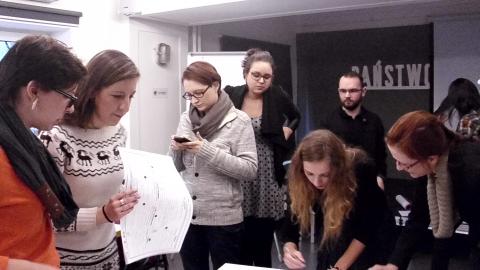 This is the second case study highlighting the results of EIFL-funded national and institutional OA advocacy campaigns to reach out to research communities in Africa, Asia, and Europe in 2013-2014. See our first case study: Tartu University supports OA and open data sharing. These case studies illustrate activities, advocacy strategies, successes and lessons learnt, thus libraries everywhere can benefit. Stay tuned for other case studies and news.

The EIFL-OA Programme is supported by the Information Programme, Open Society Foundations.