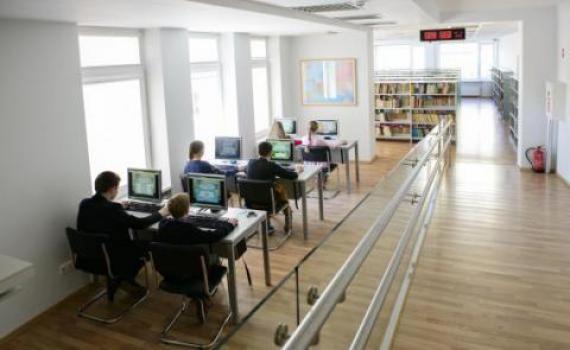 Concerned about the numbers of children who were not attending school, especially those who preferred to come to the library during school hours to play computer games, librarians knew something had to be done. Working with partners including the education agency, Education Development Centre, school teachers and headmasters, and software development experts, they came up with a solution that has achieved remarkable success.

With a grant from the EIFL Public Library Innovation Programme (EIFL-PLIP) in 2010, and in consultation with their partners, the library developed the educational game, Iššūkis (‘Challenge’). The game is animated, and engages children in tasks related to subjects in the school curriculum. At key points, to move forward, players must contact their teachers. Teachers support their pupils, rewarding them with stickers as they progress to higher levels of the game, and adding points won in the game to their school results. 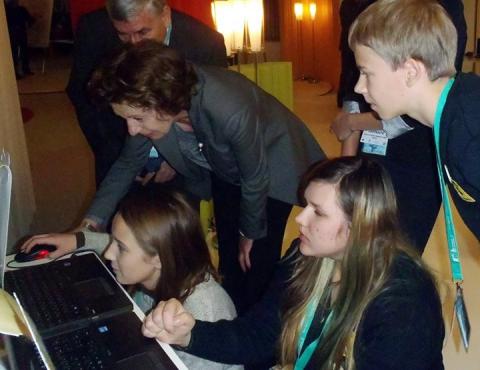 Within a few months, it was being offered in 25 town and village libraries, reaching 13 schools and 1,700 children. Teachers reported that at some schools, over 80% of children had registered to play. Teachers also said that pupils’ test results were improving.

We try to compete among ourselves and see who knows more. I succeeded in getting better marks at the end of term. When I told my classmates about the game, everybody got interested. Now we go together with friends to play in the library. We also go to consult with teachers.
Deividas, a 7th grade student
Public Library Innovation Programme
Lithuania