Skip to main content
EIFL at WIPO General Assemblies 2016
EIFL joins celebrations at the inaugural Assembly of the Marrakesh Treaty for persons with print disabilities; calls for an international treaty to support libraries’ public service mission 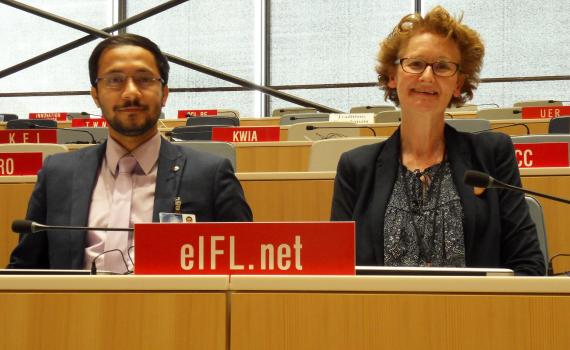 EIFL marked the inaugural Assembly of the Marrakesh Treaty for print disabled people with a statement congratulating member states, civil society, and the many individuals who worked tirelessly to achieve this historic Treaty, which entered into force on 30 September 2016.

The inaugural Assembly of the Marrakesh Treaty took place on 5 October during the 2016 WIPO General Assemblies - WIPO’s highest decision-making bodies - in Geneva (Switzerland).

The other important agenda item for EIFL at the 2016 WIPO General Assemblies concerned the future work of the Standing Committee on Copyright and Related Rights (SCCR). In relation to this item, EIFL presented a statement calling for an international treaty to support libraries’ public service mission.

During the week of the WIPO General Assemblies (3 - 11 October) three more countries - Botswana, Sri Lanka and Liberia - announced that they had ratified the Marrakesh Treaty, bringing to 25 the total number that have lifted copyright barriers for persons with print disabilities.

The Treaty allows copying of books and other texts into accessible formats (such as Braille, audio and large print) and sharing of copies across borders without having to seek permission from rightsholders - making it possible for libraries and other institutions to serve all their users equally.

The first-ever meeting of the Marrakesh Assembly, the body that administers the new Treaty, was chaired by Brazil’s Minister of Culture, Marcelo Calero. 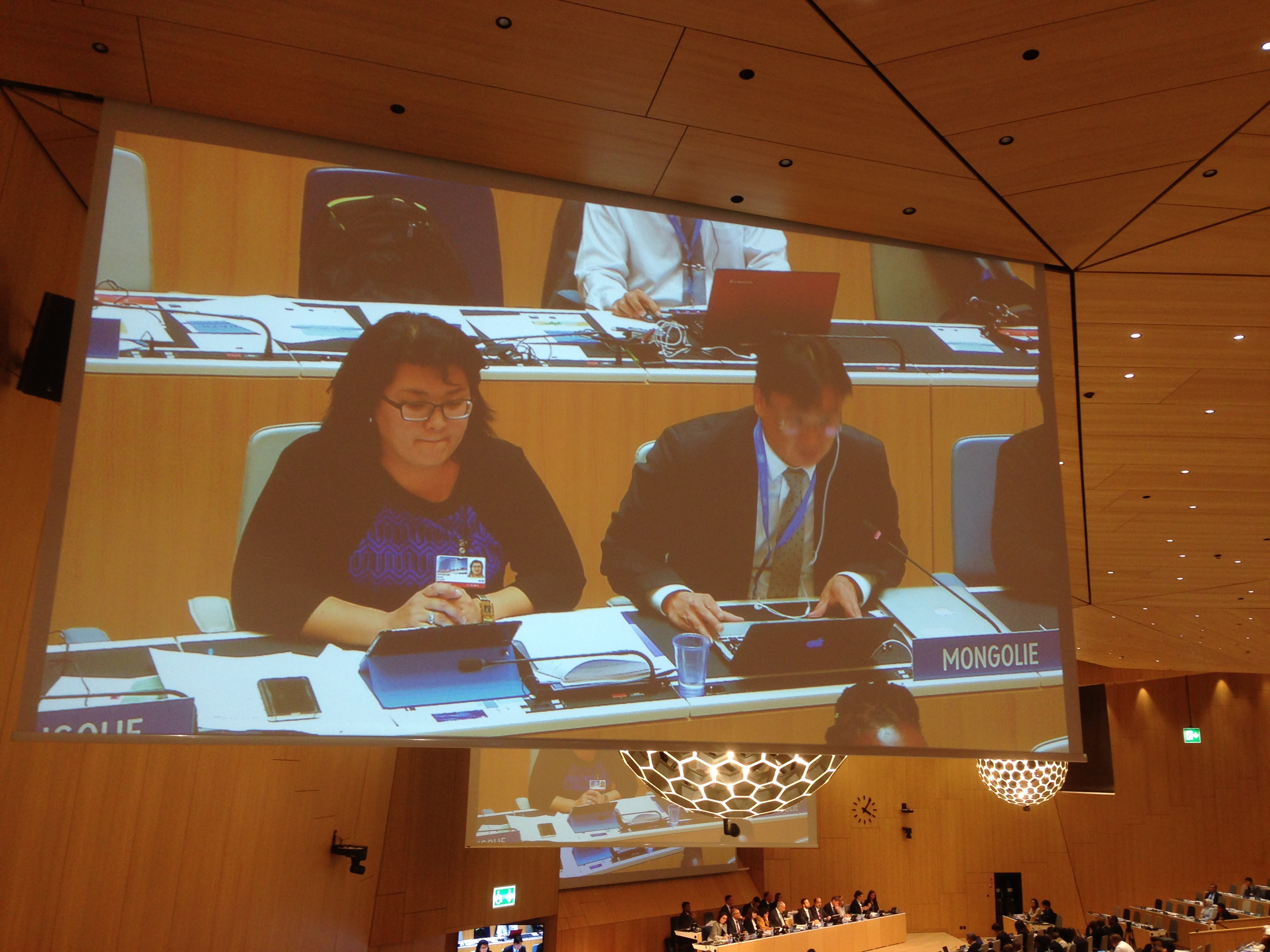 EIFL supports ratification of the Treaty in more countries

Pratyush Nath Upreti from Nepal, who was part of the EIFL delegation to the 2016 WIPO General Assemblies, delivered EIFL’s statement on the Marrakesh Treaty. The statement congratulated member states, civil society and the many people who worked tirelessly to achieve the Treaty.

EIFL hoped that the new government of Nepal would give priority to joining the Treaty that would bring huge benefits to the lives of 40,000 children in Nepal who are blind or visually impaired.

EIFL also affirmed its commitment to working with all EIFL partner countries so that people with print disabilities can get access to all the books and reading materials they need, irrespective of their location.

Read EIFL’s statement at the WIPO Assemblies on Marrakesh here.

EIFL warmly thanks (keionline.org/node/2643) Knowledge Ecology International (KEI) and David Hammerstein, who recognized EIFL’s role in supporting the Treaty in their statements to the inaugural Assembly of the Marrakesh Treaty.

An international solution for libraries, archives and museums

On the future work of the Standing Committee on Copyright and Related Rights (SCCR) that is discussing limitations and exceptions for libraries and archives, EIFL reaffirmed the call for an international treaty to protect the public service mission of libraries.

EIFL welcomed the fact that the European Union’s copyright reform package, launched in September 2016, includes mandatory, cross-border exceptions in three key areas (preservation by cultural heritage institutions, text and data mining and online education), and appealed to the multilateral system to also address important cross-border issues so that the digital access divide among countries is not widened.

Member states at the Assemblies directed the SCCR to continue work on limitations and exceptions for libraries and archives, education, and persons with other disabilities, as well as the protection of broadcasting organizations.

EIFL was among 1,000 delegates from across the globe who participated in WIPO’s 2016 Assemblies that ran from 3-11 October. Member states discussed a wide range of issues including WIPO’s programme and budget, the work of committees and normative (treaty-making) work.

EIFL was represented at the 2016 WIPO Assemblies by Teresa Hackett, EIFL Copyright and Libraries Programme Manager and Pratyush Nath Upreti, a lawyer with Upreti & Associates, Nepal, who works on access to knowledge issues.

The International Federation of Library Associations and Institutions (IFLA) was also present.

Brazil’s Minister of Culture Marcelo Calero comments on the first-ever meeting of the Marrakesh Treaty Assembly, which he chaired on October 5, 2016 and calls on more member states to join the ‘books for blind’ pact. On YouTube: Link.

Brazil’s Minister of Culture Marcelo Calero on the importance of libraries and of implementing the Marrakesh Treaty.

Marrakesh Assembly, Voices from the Floor: David Hammerstein: ‘The Marrakesh Express has arrived: a word of thanks’. On YouTube: Link.

Read more about EIFL’s work on the Marrakesh Treaty for persons with print disabilities and advocating for a treaty to support libraries.