Skip to main content
Marking 15 years of EIFL-IP
Interview with Teresa Hackett, EIFL Copyright and Libraries Programme Manager, about the programme’s past, present and future 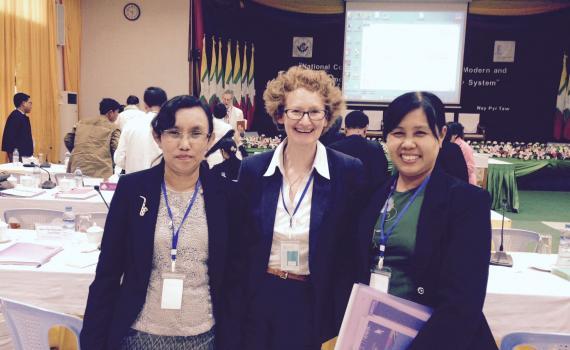 Since the EIFL Copyright and Libraries Programme (EIFL-IP) was launched 15 years ago, it has had some remarkable achievements, gained international recognition and staff have won awards. Jean Fairbairn, of EIFL, asked Programme Manager Teresa Hackett about the programme’s past and present, and hopes for the future.

JF - What inspired the launch of the EIFL Copyright and Libraries Programme?

TH - When EIFL started in 1999, it worked mainly on helping libraries in developing and transition economy countries to access e-resources. As time went by, EIFL’s work grew to include access to knowledge more broadly. There were major policy issues that needed to be addressed - and one of these was copyright.

JF - What would you highlight as the main achievements of the programme over the last 15 years?

TH - Four main achievements stand out. Firstly, since 2005, EIFL has contributed to the improvement of copyright laws, or draft laws, in 14 EIFL partner countries. Secondly, 22 EIFL partner countries - that is 22% of all countries worldwide - have joined WIPO’s  Marrakesh Treaty for blind and visually impaired people, increasing access to reading material for tens of thousands of people.

Fourthly, I believe our resources - over 140 guides, position papers and training material on library copyright issues, in multiple languages - are making a difference. Previously, the lack of information in local languages made it almost impossible for librarians to understand copyright, let alone get involved in law reform. And our model law on copyright, the only one of its kind, is being used around the world to help librarians when their laws are being updated.

TH - There have been many. Through EIFL I have met and worked with the most amazing organizations, and committed and inspiring people from all over the world.

One occasion that really stands out was the ‘miracle of Marrakesh’ - the moment in 2013 when word came through that agreement had finally been reached by government negotiators on the text for the Marrakesh Treaty. It was a historic moment prompting a spontaneous outpouring of joy from everyone present, and we danced into the night with a concert for delegates by Stevie Wonder!

I was very proud to receive the IFLA Medal from my peers in the professional library community, in recognition of my work in copyright. I received the award in 2018 at the closing session of the World Library and Information Congress in Kuala Lumpur, and my family was tuning in over the livestream from Ireland. Afterwards, I had a small celebration with EIFL colleagues at the top of a skyscraper with amazing views of KL. It was a special moment!

JF - How did you get into this line of work?

I got into copyright when I joined EBLlDA (the European Bureau of Library Information and Documentation Associations) in 2000. At that time, the first pan-European copyright legislation was in the European parliament for its second, and final, reading. It was a big deal, and I became involved in advocacy to help ensure that the new law worked for libraries (the directive went on to serve as the main European copyright legislation for the next 18 years). It was an exciting and busy time, and I became spokesperson for the European Fair Practices in Copyright Campaign, a coalition supporting user rights.

JF - What are your hopes for the next 15 years?

I hope that the copyright system can evolve to work for everyone in the information chain, from creators to users, and that the discourse around copyright re-centres on its original purpose to promote science and learning.

In the future, I would hope that information is not denied or made artificially scarce as a result of copyright, but is available when and where people need it - including in public health emergencies like the COVID-19 pandemic.

This means that copyright laws in every country should support the public interest role of libraries to provide fair and equitable access to information for education, research and socio-economic development (right now, libraries in developing countries tend to have fewer rights than their counterparts in the developed world, especially for uses of digital material). To achieve this ambitious goal in any sort of a timely manner - at the current rate of change, it would take another 70 years for the laws of every country to catch up! - an international framework, such as a treaty on limitations and exceptions for libraries, is needed. The Marrakesh Treaty has shown how the realpolitik of an international instrument succeeds in prioritizing the issues for governments, and in providing an internationally agreed roadmap for implementation. I hope that WIPO member states will step up for libraries, just as they so successfully did for blind and visually impaired people. 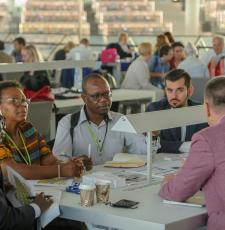 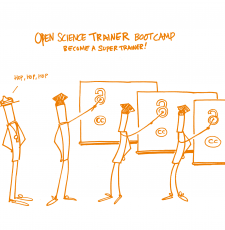 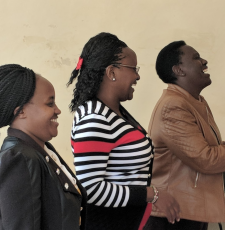 ‘These are skills that can last our whole liv...
EIFL interviews three public librarians who have b(...)
18 Dec 2020